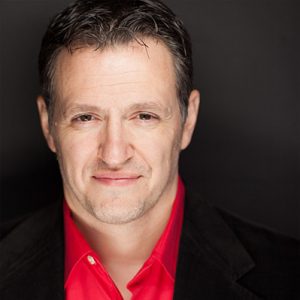 Tom Malloy has been involved for over 20 years in all aspects of the film business.  He trail-blazed the role of a multi-hyphenate, having approached projects early on as an actor, writer, and producer, recently adding director to his list.

Malloy has raised over $25 million for independent films, produced 18 films, written and sold 25+ screenplays, and has starred in many films.

Trick Candle Productions is known for its quality independent films that span a variety of genres. Trick Candle has most recently produced TRAUMA THERAPY: PSYCHOSIS (due out later this year), TRAUMA THERAPY, a thriller starring Brian Krause and Chase Coleman, #SCREAMERS, a found footage horror which was twice called the BEST Found Footage Movie Ever, HERO OF THE UNDERWORLD, starring Malloy, Nicole Fox, and Quinton, and FAIR HAVEN, starring Tom Wopat and Michael Grant, as well as the teen drama ASHLEY, starring Nicole Fox, Michael Madsen and Jennifer Taylor.

Malloy’s unique ability to both write projects and raise the funding for them has been a primary factor in the success of the company. In fact, Malloy shared his expertise on the subject in his best-selling book about independent film financing, BANKROLL, which had two editions and was considered the “gold standard book” of indie film financing.  In 2019, Malloy co-founded FilmMakingStuffHQ, which has now become the premiere online training platform for filmmakers.